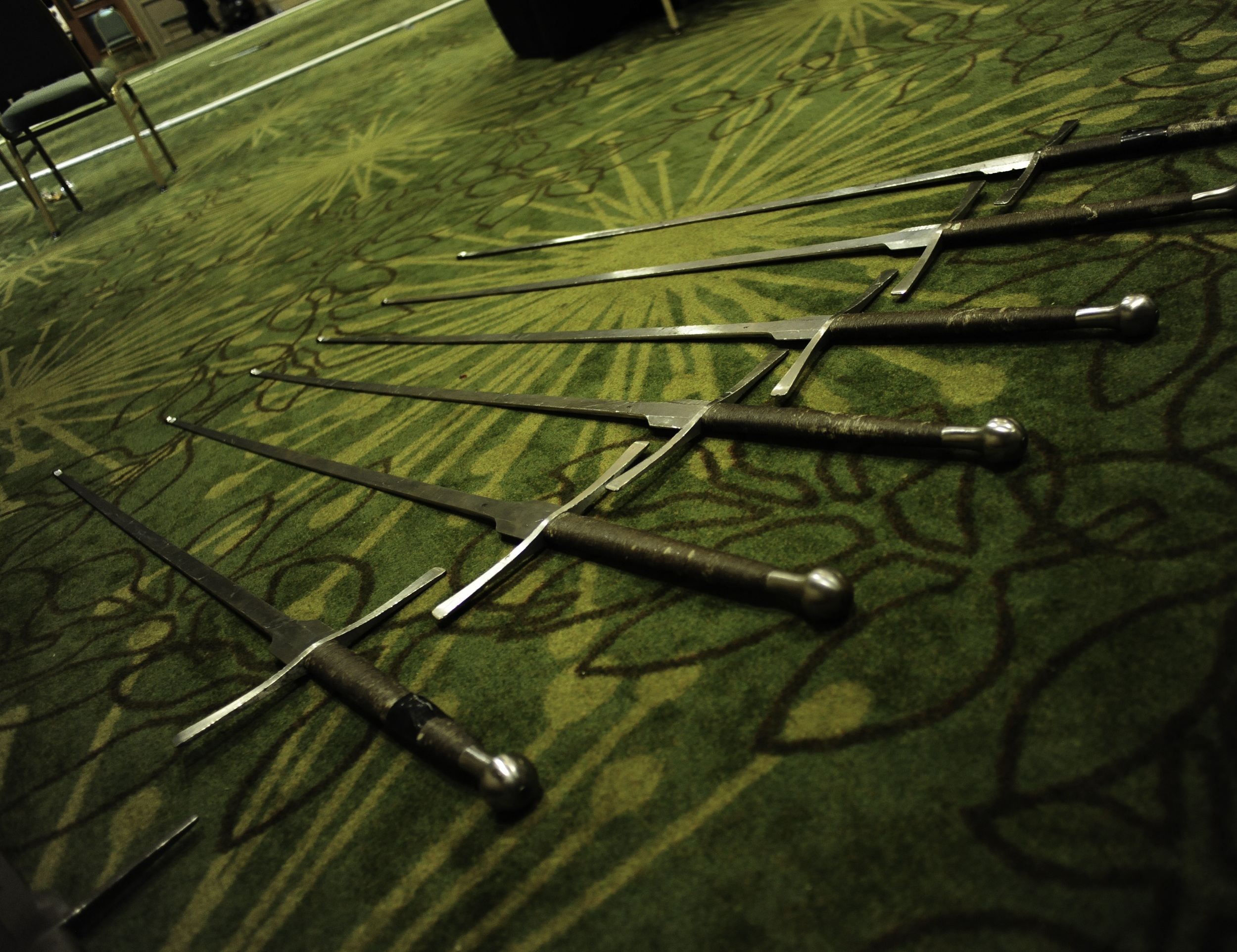 The Rookie Training Tournament replaces our Open Synthetic Longsword event. Open Synthetic Longsword, as a main tournament event, had been slated to be dropped since 2012. However, we feel that it is a relatively safe, low-investment event for newer fencers to enter, so we never went through with cutting it. For 2015, we needed to cut an event simply due to time and space.

The Rookie Training Tournament will take place on Thursday. The idea of this event is to allow people who have either never entered a large tournament, or who have entered but have fallen below the cut off for elimination rounds, a chance to be coached by internationally recognized instructors. To enter this event, you must have either never participated in a tournament (in-club tournaments do not count), or have participated in no more than 2 tournaments that you have not made it out of the initial phase of.

Each participant will be randomly assigned to a group that a coach leads. The coach will watch each fighter perform a practice bout against someone else within his team to get a feeling for their approach and skill level. He will then coach each fighter through a round robin style tournament against the other teams, offering them advice in the moment and advice for what to work on at home.

The participants in this event may fight with either steel or synthetic weapons. Synthetic weapons will be provided, but if both fighters in any given match are comfortable with and posses their own steel, they may opt to use those tools.