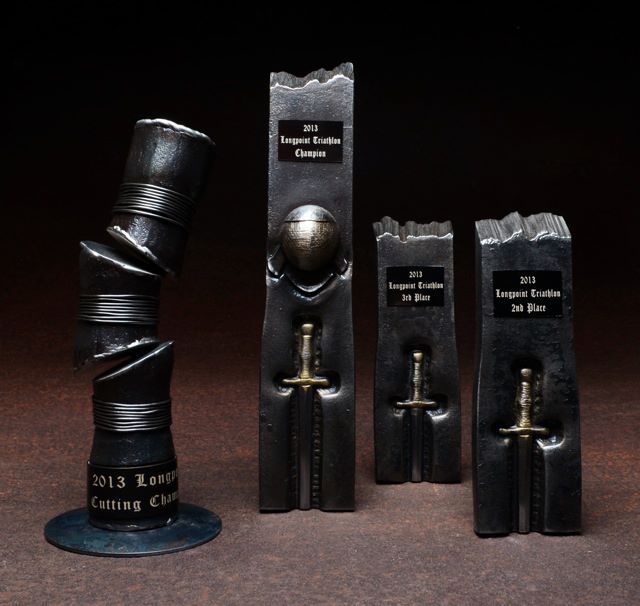 In a major change from previous formats, this year’s Longpoint tournaments will all adopt the Meta-Event format of the Longpoint Triathlon. We are re-focusing our tournaments on being tools for training and development rather than a race to dominate a bracket. There will be no winners in individual events—medals and prizes will be awarded to those to perform well in their selected triathlon or pentathlon. By abandoning the bracket for other formats, fencers will be able to focus on their individual fights rather than where those fights are going to put them in the eliminations. For Cutting and Longsword Technique (formerly Paired Technique), this has ushered in a larger change in feel, as we address the longstanding issue that these competitions quickly pare people out in search of an overall event winner. In the current format, by the third round, judges are essentially deciding who was just a bit more perfect than the others, instead of who failed and who passed.

Our reasoning for the changes to our tournament offerings can be found here, followed by this Q&A post.

Messerfechten - Bring Your Own Sword. Messer will follow the same tournament format as Longsword. Messer rules can be found here.

Cutting - Cutting’s format has drastically changed. You will complete a single ‘course’ and be awarded points based on your performance. The elimination phases are gone. Cutting swords will be provided, but you may use your own if approved. The cutting rules can be found here.